And at the Setting of the Sun 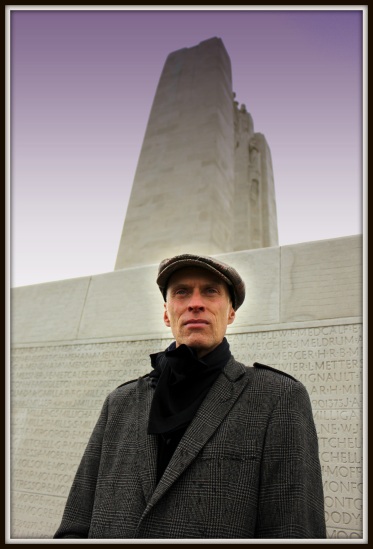 A Tribute to John Mann

In the last century of Canadian literature I can think of few more expressive, more effective, or more beloved poets than John Mann. In fact, I believe this will be his ultimate legacy. He sings beautifully, recognizably, remarkably, poignantly, but nearly always he sings the songs and words he has penned, and which have always been his focus. He never claimed to be a great guitar player. He uses it instead as a tool upon which to write simple, beautiful folk songs (enriched into something more by us) and to wear as an effective stage prop as he whirls around the stage frenetically, sexually, athletically, spastically, dramatically and dynamically, second only in his sheer power and charisma, perhaps, to Freddy Mercury. Bismillah, NO! Johnny, we will not let you go!!!

Of the Spirits Johnny is by far the most recognized, but actually far less intense than his stage persona would have one believe. Certainly he could give and take with all the biggest big boys in his salad days, but truthfully he felt pain as deeply as he portrayed power, which has likely been the key to turning emotion into words and music.

Off-stage, John has carried with him a powerful suite of emotional skills. The fiery, electric eyed demon we all love to watch dance and sing could just as easily cocoon with you in a conversation so sensitive and delicate that someone as direct and precise as I am needs to change gears to fall into the right rhythm. But he has said things to me disarmingly apropos, on target, under the radar; no one else in my experience has ever similarly cut to the heart without drawing blood, has ever quelled my concerns in one gentle, elegant phrase. When you reveal your soul and your troubles to a truly great poet, you should not be surprised by an insightful response.

Like any important artist he has brilliance and he has perplexing quirks, some of them edging amusingly toward Sheldon Cooper territory. No bathroom door handle has ever felt the touch of his skin; but every toilet seat has been crashingly manipulated into proper position through use of his booted foot. Like a caffeine augur he can miraculously divine the location of any coffee shop (especially the ones where customers expound preciously on the temperature of their foam) through the exercise of a heretofore unknown super-power we dubbed ‘Joe-dar’. He has been known, especially on long trips, to drift off into creative, mumbling songwriting tangents to which no one else is privy, which hold his attention raptly in a separate world. While whispering rhyming words like a supplicating monk, he tastes their flavour, seeing how they feel on his tongue. He experimentally murmurs proto-melodies under his breath, just loud enough to annoy the whole damn van. He can immerse himself utterly in this pastime, and inadvertently zone-out like Fred MacMurray looking around absently for his missing Meerschaum. After a couple hours of this, it’s like having a singing fly buzzing around your head. He and I have gone around the bend over any number of things. Sometimes he was a shit, sometimes I was a shit. Often me. But we are the same age, we are both geared to excellence – although we don’t always agree upon what form it takes, and we both have been absolutely determined to leave a legacy that we can be proud of. I believe he has achieved his goal.

It is an especially cruel twist of fate that Johnny has been attacked by Early Onset Alzheimer’s disease. It hits at the heart of his very strength, that fine, emotional mind that gave us so many deeply arresting and worthy lyrics, so many generationally representative thoughts gathered and condensed into song. I can’t ring poetic or wax philosophical about this disease, nor its path. It is stealing my brother. It is robbing him of the capacity to apprehend and interpret his world. It is robbing us of the pleasure of listening to his take on life, of the rhythmic and lyrical music he could impose upon happiness, grief, mundanity, tradition, death, birth, boredom, drunkenness, wonder, spirituality, disgust, despair, the sacred, the profane, the reverent, the reckless — or even rueful, fraught wanking in the middle of a German concert tour.

He still gets up raring to take the stage, even though he can no longer faithfully remember the lyrics. That creative brain of his still gives us the melody, at least for a while longer, and his heart is still a loving and sweet vessel for his gentle soul. We adore the time we have with him, we adore him as a man, we treasure the memories we have made with him, and hold precious all that we still share together: friends & family, music & humour, small victories and quiet defeats, kids & dogs, food & drink ….Even $14 sandwiches at the airport. We know we must take care to enjoy every one.

It has been an honour to walk this path with Johnny. But it an honour I would gladly sacrifice if he could be well again.