42: The Meaning of Life for Musicians, Too.

The Hitchhiker’s Guide to the Galaxy tells us that ‘42’ is the answer to the question “what is the meaning of life?” With that in mind I offer the world 42 bits of hard won knowledge and wisdom from my decades on stage.

1) Always take the money. Never say ‘Oh I’ll get it from you next week…’

2) Never bring more luggage than you can carry in one trip.  (See: “Backline Rental”).

4) Always make tickets easy to purchase. One click, one phone call, no monkeying around.

5) Never set up the lighting so that it makes the audience squint and turn away. The light is meant to illuminate the band’s talent. It is not the talent. And stop that goddamn blinking. (See:”Entertainment, Not Epilepsy”.)

6) Always smile indulgently when the sound engineer says ‘it will sound a lot better when there are people in here’. They are just saying this, because they, just as badly as you do, want sound-check to end.

7) Show / Soundcheck: Although everyone including you believes to the contrary, they are in no way related.

8) Rehearsal: An evil ploy to get you to play for free. Show up prepared and concentrate ferchrissakes. Eliminate the need for these evil, punitive tribulations.

9) Never expect the monitor tech to be of any help at all but be genuinely grateful if he is. It is your responsibility to know what you need to hear and learn how to ask for it. Set it and leave it.

10) Never leave your beer unattended in an unlocked dressing room. Any opening band worth its salt will sniff it out and abscond before the end of your first song.

11) It is only the rarest of guitarists who can reliably set a tempo.

12) There are three kinds of Audio Engineers:

Type 2 – “Sound Man”: Ironic, as he is likely not very sound, possibly not fully a man.  A know it all, self-appointed super-genius producer of every emitted noise generated on planet Earth, with dibs on the entire solar system, who persists in using the same goddamn Steely Dan CD during sound-check for decades and presumes to tell the band how they should play in order to achieve the ‘optimal audio result’. All the same he could not, not with a gun to his head, turn up a solo in a timely fashion even though its looming imminence has been telegraphed so obviously that quadrupeds on distant farms await it expectantly. Has the same mullet that he had as a teenager. Considers sweatpants to be a legitimate all round garment for every imaginable purpose including the funerals of his outrageously self-congratulatory ‘sound man’ buddies who spoke with disdainful officiousness once-too-often and then died of loneliness as a result. (May have played Bass in high school.)

Type 3 – “Front of House Audio Engineer”: Ding, ding, ding, ding….Jackpot!  The capable, efficient, self-reliant, resourceful professional who doesn’t gratingly steer every conversation towards delusions of his own grandeur. Generally he thinks ahead, pays attention, listens more than he talks, is dependable and organized, has engineering skills, owns a timepiece, and is actually, imagine this, musical.

13) If you must share the drumkit make sure you’ve asked if the other drummer is a southpaw.  (See: “Crawling Ross/Howie”)

17) The bassist will either be scary or a peacemaker. There is no middle ground for some inexplicable reason.

18) You cannot be taken seriously as a performer, artist or musician if you wear Birkenstocks or Crocs onstage. There are no exceptions. Don’t even try to offer one.

19) At no time should anyone other than a trained percussionist of the highest calibre be allowed to physically touch a tambourine for any reason.  (See: “‘Rock‘ Singers”). 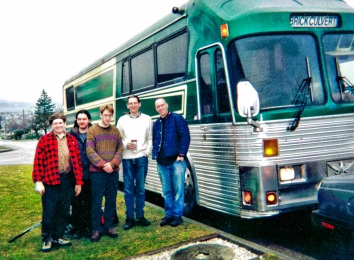 20) While touring: Never scream on a train platform.  Never bellow in a restaurant.  Never weep in a tour bus. Never melt down in an airport.  All panicky shrieking is strictly prohibited. That is what booze if for.

21) When it sounds like the drummer is slowing down be sure you’ve double checked to see if it’s actually the piano player speeding up before you make an accusation.

22) Being late for lobby call, sound-check, gig, departure, flights — is very bad. Being consistently late for these is clear grounds for summary dismissal. Don’t even argue it. Get your act together, or go find a real job and see how that goes…(See: “Enterprise Rent-a-Car Desk Personnel With Inexplicable Bon Jovi Hair”).

23) The beautiful, delicate, sexy female lead vocalist can almost always out-drink her male band mates. She is often also highly talented at swearing. There is no scientific explanation for this.

24) Be exciting but not excited: If you are tense, nervous or unprepared your equipment will fail.  There will be train-wrecks, screw-ups and other performance disasters. You may not be aware of it but you are totally in control of this phenomenon.

25) Beware the ‘artist’ who treats you like a band-member when there are sacrifices to be made but like a side-man when there are rewards to be shared.

26) The drummer will probably do you the favour of playing more quietly if you extend the courtesy of playing in time.  (See: “Orchestras”). 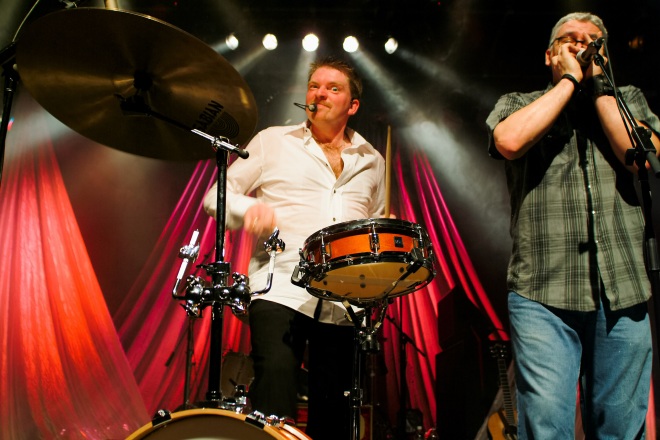 27) Don’t noodle between songs. Practice at home, you wanker.

29) In your career you want to interact with people who communicate in sentences and paragraphs. They are the ones who can visualize a year, a decade, a career. A dozen thumb-typed, acronym filled text messages do not a life depict. Industry types who try to describe to you their fave new band principally through vague hand motions and cutesy eye rolling are not to be taken seriously.  (See: “Label Rep”.)

30) Contrary to what the bandleader protests, if you’re performing in a furniture store you are indeed no better than a jukebox.  (See: “Everybody’s Shoppin’ at the Rock!”)

31) Never, ever, ever trust anyone who stiffs you for the bar tab. This is one of the only permanently unforgivable, indelible and loutish missteps in the business.

32) If you have made a serious error, admit it, apologize without reservation, and cough up for pizza & beer.

33) If you change who you are, alter what you’re saying, or dilute what you stand for simply because someone might object, you are not a valid artist. To be an artist is to be a leader. Think deeply before you commit to a course, but then stay the course.

34) Don’t even fantasize that you’ll be able to maintain your vegetarianism if you are touring northern Saskatchewan in a van.

35) Your vegetarianism will not be taken seriously if you smoke.

36) You cannot, in fairness, make your band-mates suffer because you are a cigarette smoking, dietarily unfulfilled vegetarian on tour in northern Saskatchewan in a van.

37) How you play is how you fuck. Changing one changes the other.

38) Honour the music. There is a corner of beauty in every song — even ‘Achy-Breaky Pancreas’. Find it and set up camp there.

39) Honour the audience. In nearly every crowd there is one fan who will never forget your honesty and commitment.

40) You are either in-tune and in-time, or you are not. Opinions don’t count. No player is bigger than the rules of harmony or rhythm. Don’t misunderstand: You can be out-of-tune and out-of-time to excellent artistic effect. But we can only discern musical expression by measuring against common, predictable, agreed-upon parameters.

41) Don’t blame the equipment. Yes, you sound that bad. Let’s be honest…There is good equipment and bad equipment. Ultimately, though, the music is in your hands, your touch, your mind & heart – not in the gear you use.

42) Most important of all: What we do is sometimes misconstrued as merely a component of ‘entertainment product’ for ‘consumers’. Never, ever forget that it is always supposed to be, first and foremost, Music, by people, for people.