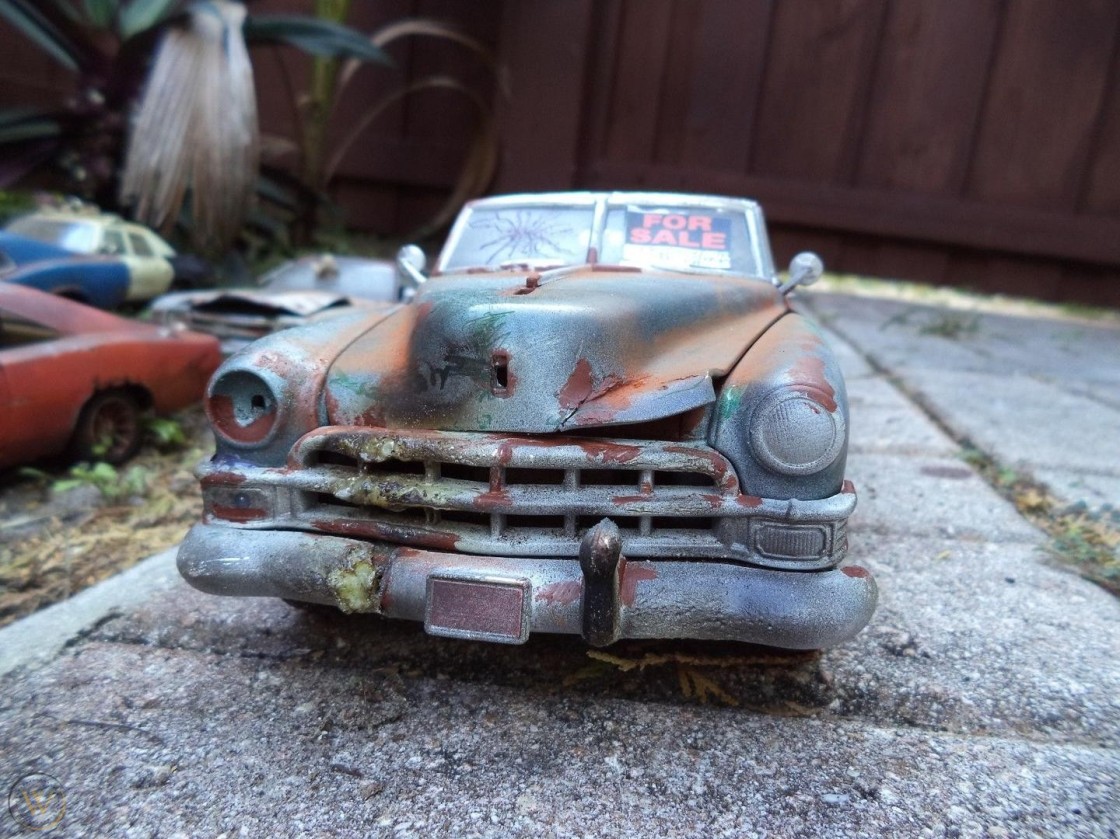 They stood in a semi-circle, hands in pockets, speaking in coded grunts, low-pitched and almost English. They smelled the manly smells of rubber and oil and automotive fluids.

Sure, it needed disc brakes and a replacement engine. Don’t forget an upgraded gearbox. “Gearbox” was lingo. It was a gearbox like her refrigerator was an icebox. Exhaust system? Replace, cuz, well, you’ll die of asphyxiation if you drive ‘er as she stands. Suspension? Hoses? Interior? Replace all of it. Gauges? One still works. The steering wheel was in perfect order, though it was the size of a crop circle with a deadly, sternum puncturing centre post.

It was a two-door, each one weighing 275 lbs. and able to withstand a direct T-bone from a dozen Kias in a coordinated attack. It had a compartment in the back where the whiskey decanters lived. Six ashtrays but not a single cup holder. The children were meant to simply roll around in the backseat, untethered, hopefully not trampolining into your lap when playing Tarzan.

No seat belts, no cushioned surfaces, and a dry weight of 5150 lbs. It could output more power than a backhoe and deliver 9 miles to the gallon. It was a twenty-foot-long environmental disaster with a trunk large enough to house your other car, which it could carry without any reduction in acceleration or handling. Ideal parking spot: Arctic Tundra, the only place it could fit or turn around.

Restoration would take up his every moment and involve trips to Colorado for taillight lenses. Presently, it hemorrhaged fluids like Dengue Fever yet absorbed money with alacrity. Eventually his wife would claim she was volunteering at the church, but he would cease paying attention to her whereabouts. He would find his own paradise providing he could source that dashboard light.

At completion he’d still have a sixty-year-old car, a Man Cave on wheels, a Frankenstein monster with a hood ornament. Yet all the guys, staring up at the calendar depicting a leggy California blonde draped over the fender of a similar one enviously agreed, “They sure don’t make ’em like they used to…” 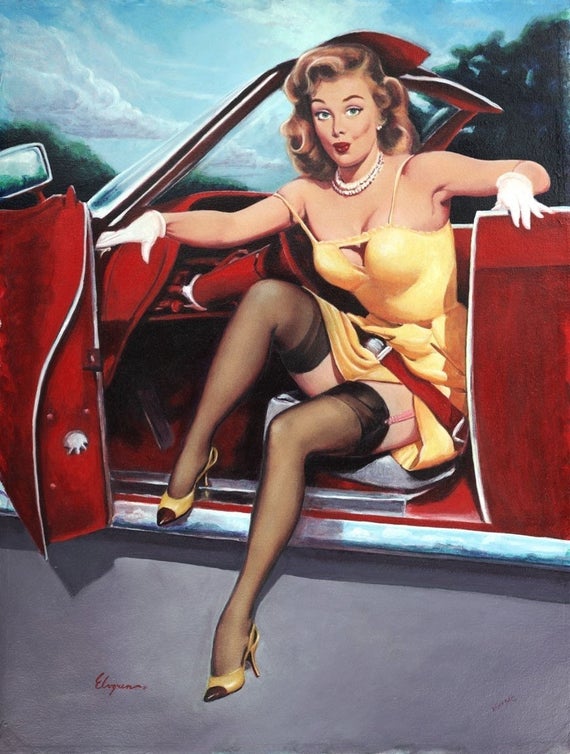