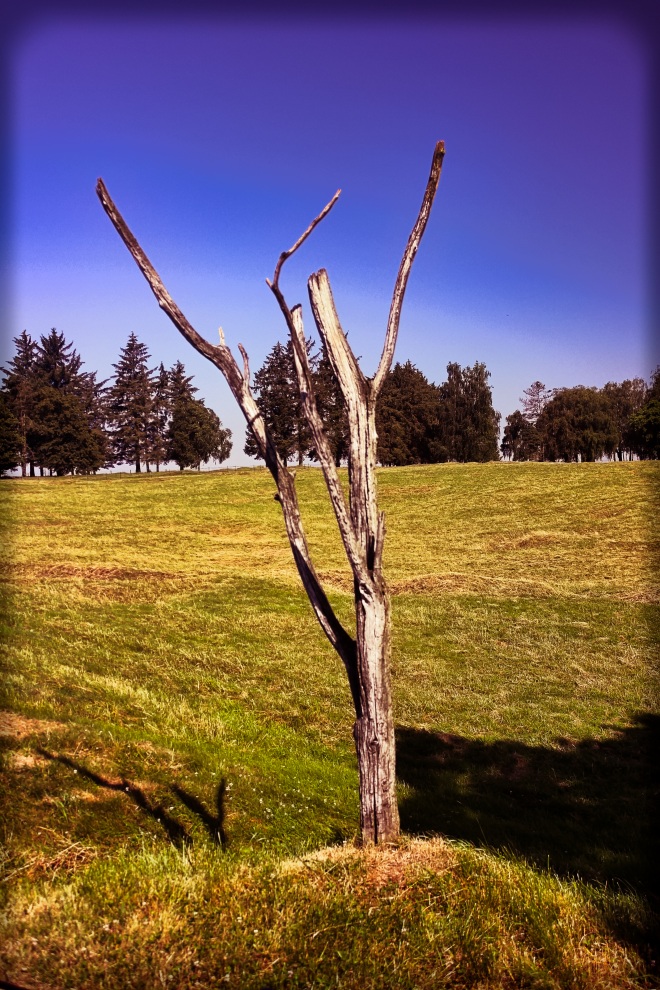 In July, when the rest of us were celebrating Canada Day with a picnic or a BBQ, shooing the dog into the house before the fireworks started, I was with a group of people on a Pilgrimmage to Beaumont-Hamel, a tiny French town that was site of one of the catastrophic opening battles of ‘The Battle of the Somme’ on July 1st, 1916.

On that infamous day, in that heretofore unremarkable French farmland, over 800 Newfoundlanders went over the top and made a head-on charge into German machine gun crossfire. Next day only 68 of them were left to answer roll call. It was a wipeout that affects that great Island to this day. Not a single Newfoundland family was left unaffected by that catastrophe, which took only minutes but for which the echoes ring clearly over a hundred years later. July 1st means something very different to Newfoundlanders.

102 years later the French landscape is bucolic, perfect, rolling gently and coloured by the gold of wheat and the green of grasses, overseen by a cloudless deep blue sky. Gorgeous. I listened carefully to the onsite interpreters and I realized that things were substantially different on the day of the battle.

I blithely strolled down the hill past the vestiges of an overgrown, eroding trench-line. There, immediately to my right by a few feet was the site of so much death and gore that I weakly said, “Hmmm”, as I drifted past, too disconnected to drink it in. At the time of battle, the hail of enemy machine gun fire was so intense that the Newfoundlanders’ instinct was to pull up their collars and put their heads down, as if they were plodding into ‘Sheila’s Brush‘, the last fierce storm of the season. That tragic but heroic image has stayed with me.

Farther down the trail we came to a gnarled and beaten piece of timber sticking out of the ground, the so-called “Danger Tree” growing from the very last piece of battlefield protected from direct fire. It was literally the only landmark that the soldiers could see clearly from the trench line on that desperately chaotic and upturned tableau. I looked at it and then, at that place, the realization struck. Right there, where my feet were planted, was the very place that any able bodied soldier took refuge from the fierce enfilade, and where the wounded crawled, if they could, to be safe from enemy fire, only to lay in the baking sun all day until darkness could cover their safe evacuation. I could feel the agony and fear soaking up through my feet and into my body. I felt the 39 degree French summer sun blazing on my back and face, and realized that I had been out in it for all of 20 minutes. What if I was bleeding to death and expecting not to be attended to until near midnight? What if I was 16 years old? This made me shudder, made me cold in the baking direct heat. Hundreds of men & boys had suffered and died, piled up like cord-wood, precisely where I stood.

I have no grand ending, no moral to the story, no pithy statement. Playing dumb for effect, I joked with my Newfoundland traveling companions that from what I could see, World War One was awful but Newfoundland eventually won it. We all laughed and raised a toast to the memory of those selfless soldiers, those ‘Splendid Boys’, knowing all too well that, in the final analysis, nobody won that horrible war.

For anyone interested in more information on the Royal Newfoundland Regiment and its exploits I urge you to start your search with two important, emerging Newfoundland author / historians. Ms. Martin writes with heart and elegance about the period and Mr Gogos is hands down the definitive authority of the Regiment’s history.