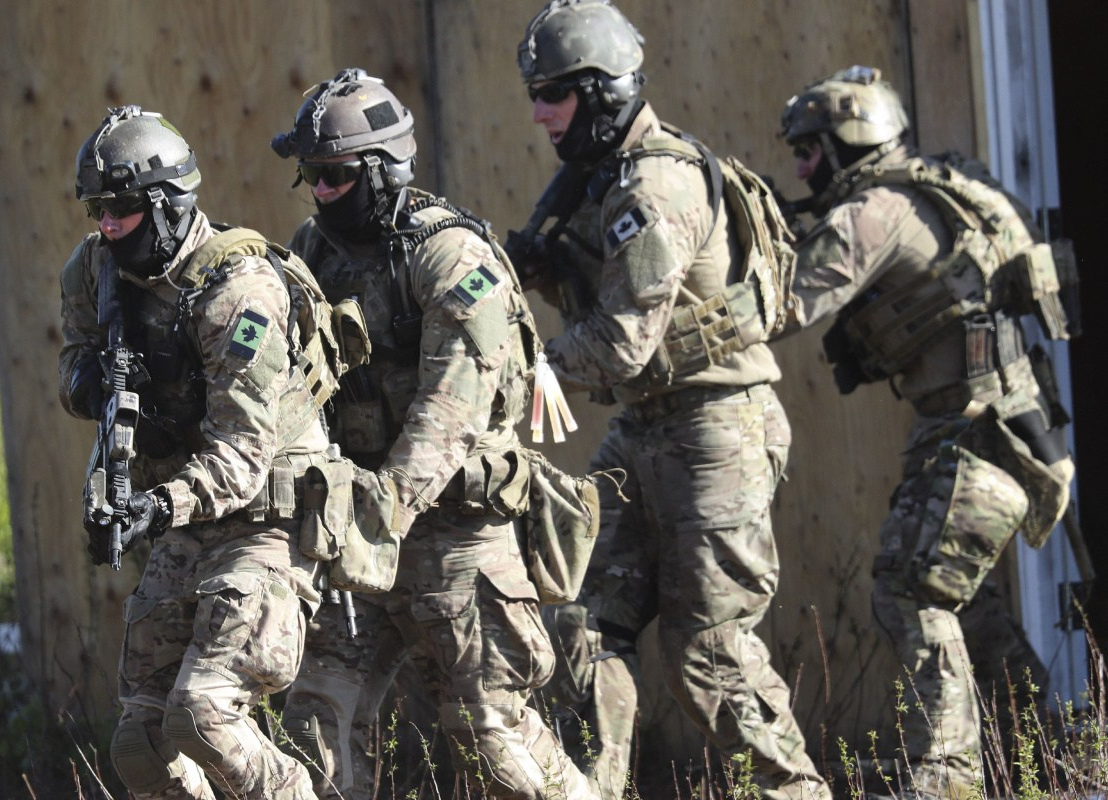 Canada’s Elite Special Forces Unit, JTF-2, often tasked with near impossible top-secret missions and able to pull-off miracles under the most intense combat conditions, are being asked to consider broadening their recruitment base in an attempt to be more inclusive.

One hopeful was highly motivated to join, but only if his Mom could also attend and call out any bullying behaviour, which she strongly believes has no place on the battlefield. She is willing to supply cut-up fruit during exercises and sew tactical gloves together with string.

Another was eager to be in such an esteemed unit but intensely dislikes using public restrooms and has petitioned to have a special portable brought along for him, no matter where the Task Force is required. A Luxury Restroom Trailer could be towed anywhere, even the Arctic or the high desert of Afghanistan.

A real ‘people person’ who loves ‘costumes’ (uniforms?) but hates gun-play, thought she might be ‘amazing‘ as ‘counterpoint‘ in mission tasking and decision making. Her B.A. in Arts Admin give her the confidence to go against the chain of command, acting as Devil’s advocate, asking the truly important questions such as ‘will the field rations be Gluten Free?’ and ‘do the enlisted ranks truly feel heard?’ She feels every serving soldier should have a voice and a vote and that the Canadian Armed Forces have failed to be sufficiently ‘democratic’. Why fight for democracy if you aren’t democratic yourself, by golly. Working hard to make life an irony free experience, she would, she says, constantly push Majors, Colonels and the General Staff, suggesting and explaining how to implement ‘non-confrontational solutions’. Her philosophy is ‘Use Your Words Not Your Deeds’. In this spirit, she has suggested leaving after-mission ‘notes’ for Operators and command alike, much like stage directors leave notes for the cast. If over-ruled she would alert Global News and encourage them to broadcast an exposé on the shocking inherent militancy of the military.

On the constructive side, she has ground-breaking ideas about ‘Interpretive Reconnaissance’ and ‘Abstract Free-Form Counterinsurgency’. She is also developing a theory on ‘Free Trade Locally Sourced Cruelty Free Organic Intel with a Pinter-esque Tone’.